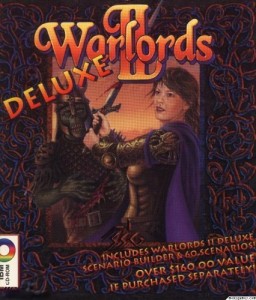 Warlords II (and/or deluxe) in all its incarnations is one of my all time favorites. This game was written/published in 1995 by SSG Strategic Studies Group Pty Ltd for DOS.

Nowadays I play it only now and than (using DOSBox), but once upon a time I used to play it on end, especially drawing upon the feature of “Hot Seat” and play with a friend. 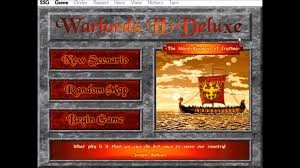 Why do I mention it today?

Because this weekend I found a file that I thought I lost, namely: “CHRIS1.SZP”

This file is a scenario (a map) I made for Warlords II!

In my many years of playing and programming there are only very, very few games where I bothered to make a map, or level or the like. The map I did for Warlords II was very aptly named “Chris1” (there is NO Chris 2 🙂 ). It is a map with many cities, 8 different starting locations which are quite balanced (except the dwarven nation in the north west, take this as a starting location if you want a challenge).

Despite of knowing that level very well (since I made it) this one was my favourite map for Warlords II. It is IMHO very playable and quite challenging. It playes quite differently depending on the starting nation. It has custom made cities and custom made armies (although some I reused from other map makers).

An image of my scenario: 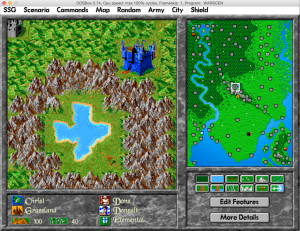 Here it comes: CHRIS1.SZP
(remember, unpack the SZP file with the scenario editor, otherwise you can not play it!)

One thought on “Warlords II”