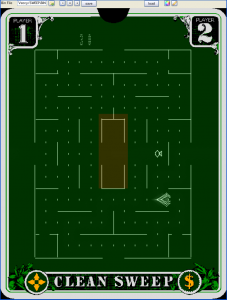 The good old vectrex has caught me unaware – again.

I surfed around the internet, snooped here and there, read this and that and befor I knew any better, I was interested and caught up again.

I searched further and ideas began spinning around my head. Of new vectrex games,  how to implement them, what tools to use etc.

In the last about 15 years I didn’t do much vectrex at all, sure – I surfed and I read sometimes, but nothing of my own.

I read about astonishing developments, of new homebrew games, of never befor seen performances and so on…

Now after I read even more…

The one thing that I find quite sad is how “closed up” people are about their projects. Yes, there are many new homebrews, but I rarely see any new “information” or sharing of knowledge. Perhaps I look at the wrong places or I can not read enough between the lines. But it seems to me, that most available “knowledge” newcomers might find, is well over a decade old.

New homebrewn cartridges are sold, and sources or even binaries are rarely released. Actually I don’t understand that – at all.

Certainly – it is everyones right to do with ones own “inventions” what ever one sees fit. But if it were for the money – people wouldn’t do vectrex. And even if you were in it for the money, I am still quite sure, that the buyers of homebrew games are collectors, which would buy them whether sources or binary images were freely available.

Vectrex is our hobby, we like to talk about it, boast about it and share – at least that is what I have hobbies for – and which I enjoy.

Sorry  – but I just needed to say that.

Anyways, about a month ago I started my new project “VIDE”. At first I wanted to program a new game, but after sitting down and thinking how to best get started, looking at available tools (DVE, ParaJVE, Mess, VecX, AS09 etc…) I realized, that I dreaded drawing out vectors.

Once upon a time I did already program a vector editor for vectrex, some other tools are available, but many if not all of them have seen better times. And the good old C or C++ programs we did for DOS or Linux are not that easily reused today.

So – it all started with the thought of doing a smallish vectrex drawing tool in java – called vecci: 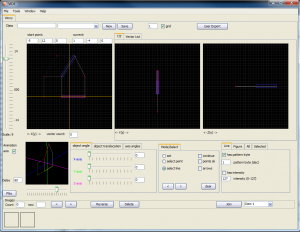 (Its present state is unfinished, but vecci is still a part of VIDE – so it will be finished!
As you see I also held open the possibilites for 3d vector drawings, because at first that was the way I wanted to go…)

But thinking and surfing again took hold of me, and I got the idea to do something even “bigger”.

Vide is a collection of different sources – and some new creations – in a single application.

I do not intend to make VIDE an “emulator of choice”.

I am a pragmatic guy, not one for beauty or aesthetics.

VIDE as of now consists of mainly 5 seperate parts which will be tightly integrated later (and which may easily become more than 5 parts):

(possible future enhancements may be sound… ym and/or digitized)

For more information about VIDE look at the new project page I intend to make.

Also – while implementing different things – I try to (more or less) keep documentation up to date, since doing it later – never works: Vide preliminary documentation