I have a friend.

That friend – as I – has been into computers/programming and gaming much like me. We used to be sort of neighbors, now we live a couple of hundred kilometers apart. That is life :-(.

His interests lay in slightly different areas, so some years ago (and probably still) he was interested in security/hacking/protection and the like. There is a community out there who make “games” out of that stuff, they call it challenges. One such site for example is: Happy Security (a German site, despite its name, but I am sure there are many equivalent English sites out there).

Anyway, he told me about that exact same site. He was doing a couple of these challenges, and since they keep a high score one could allways see how well one is doing (if you now the username). Since sometimes (especially with games and especially with friends) I can be quite competitive/ambitious I set out on my quest to beat his score!

The software I now call JTooly is a collection of programming I did to master some of the challenges.
(The challenges did hold my interest exactly for so long till I had a higher score than my friend, than it suddenly vanished – although in the last couple of years he did in turn beat my score and is now some 30 places higher than me in the ranking, but as of now -> it doesn’t bother me -> but it is astonishing, that even after some years have passed I am still under the first 60 or so (of over 8000 people who joined that particular site)).

The rules on that site forbid to give clues and solutions to the given challenges, and I will not do so. Nonetheless they can’t forbid to make ones own software available.

Many of the things have to do with encryption/decryption hiding data, manipulating web sites, injection etc. 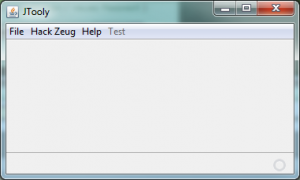 This is the main screen. impressive, isn’t it :-)!

The tool is written in German, so are the help texts, but much of it is fairly self explainatory.

Here I will give only a quick overview, the main documentation is included (and German).

There are mainly two different parts. 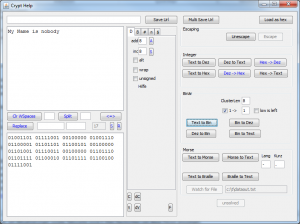 Here you also see some example of data conversion, above text to bin, followed by text to morse and text to braille: 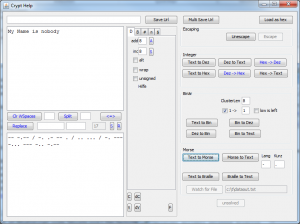 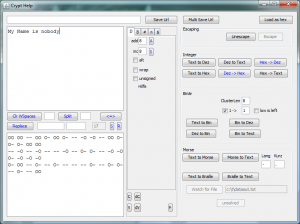 There are HEAPS of conversions supported, look at the buttons :-).

In the middle section there are “inner” data manipulation options (the buttons to the right are more conversion than manipulation).
The top left textarea is most of the time input, the bottom -> output (blue buttons manipulate the input directly!).
At the top the two button allow to save (multi saves) the contents of an URL (neccessary, when right click does not work).

At the bottom there are some buttons for Caesar/Vigenère coding/decoding (search field is often the “input field” here e.g. for SHIFT).

Rotate, shift, not, or, exor reverse,… 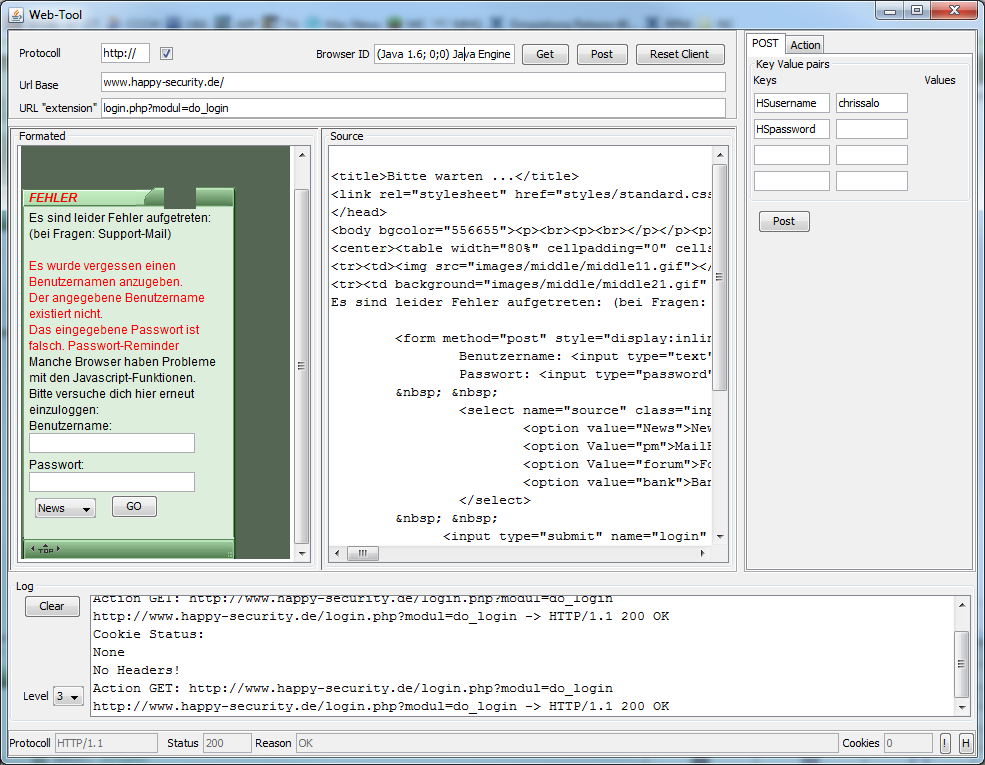 With that part you can read, send investigate Web-Pages. At the time the documentation of programming that in java was quite sparse, so even if the tool might not be all that helpfull in the current stage it might help others to do better :-).

– here it is: JTooly
(I used Netbeans to develope it, needed libs are included…)