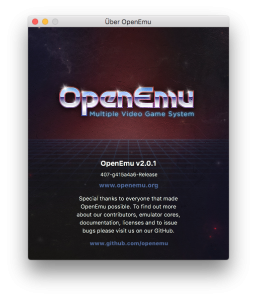 On the 24th of December a new version of OpenEmu was delivered. As you may have noticed, I’m a huge fan of most emulators out there.

OpenEmu is a beautiful emulator which has huge goals, to deliver many different systems in a userfriendly design.

It all looks nice and shiny and in theory everything is breathtakingly user friendly – I absolutly love it.

Only thing is – I hate it!
(Nah, not hate it, but it has IMHO so many minor flaws,  that I am more annoyed/frustrated by it than I am happy with it. And if I really play an old game now and than – I will not fire up OpenEmu).

Points I am annoyed with:

Anyway, I still look forward to future updates, since it IS shiny, it IS the best looking emulator out there (especially for Mac). But either the emulator MUST get more user friendly and smarter or for gods sake be more OPEN to my own configuration/information needs! 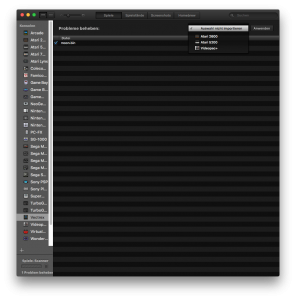 Another of those beautiful features. I tried adding the vectrex rom “moon.bin”.

There is no way I can “bind” it to vectrex!

In case you are wondering… some time ago I studied the inner workings of OpenEmu a bit. I tried enhancing the vectrex emulation a bit, here a screenshort of my own vectrex core. Not perfect, but better :-). I also implemented one of the bankswitching methods, used by John. Though I never came around making a proper GitHub-Pull request. 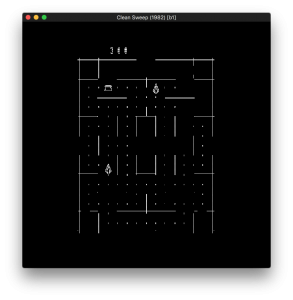