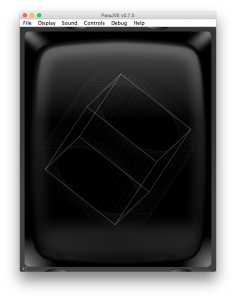 The “dream” of all vectrex players and programmers was allways to be able to do a vector game, where all objects are displayed with correct 3d vectors.

Common believe is, that in realtime this is not possible for the pure old brute. And since as of now not one game actually exists it is probably true – or VERY difficult (demos do exist!).

Some time ago I did a set of routines, that look like 3d and are reasonably fast in displaying I used some “tricks” to achieve the fast results.

I never came around doing a full game with these routines, but I am fairly certain, that one could!
Here another image of “demo” I did for the Vectrex “C” package. 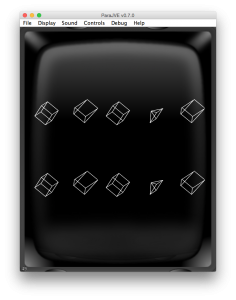 You can grab the whole package: 3D.zip

And the readme for the Vectrex C-Compiler edition: