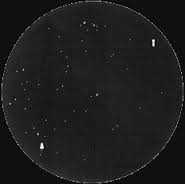 Some time around 1998 I tried to involve myself in the mess emulation project. Apart from Move I implemented the first functioning PDP1 emulation to the mess core.

Again – I don’t know how much is left of my doings from nearly 20 years ago. Here are the original sources I contributed: mess.pdp1.rar

The original readme I wrote for the contribution: