These were some of my early steps to enter the field of an adventure/roleplaying game.

The game was never finished, but anyway you might see where this was going (the game is in German). 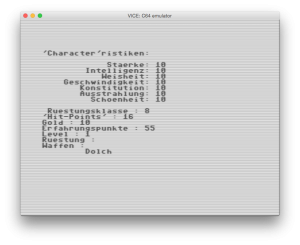 Than a labyrinth with some tasks or fights to do. 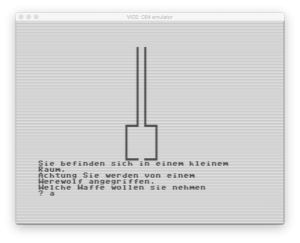 Obviously I never thought of a name, nor did I think it was a very good program, since the name on the disk is “NuJa”, which might be translated to “oh well…” :-).

(PS. When started, there is a syntax error in line 990, which is obvious and can be fixed. It is left as an excercise to the reader to actually fix it :-))