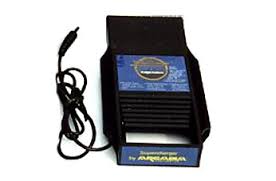 In 1997 I did some VCS 2600 “research”. I started programming a game for the machine and on an other note started examining the starpath supercharger (a piece of hardware, that allowed software (games) on tapes to be played on the VCS).

I tampered with the Stella sources and got the first version going that allowed starpath games to be played with it. My contribution now is probably obsolete and not noticeable anymore (haven’t looked at the credits or sources lately), but still that was once (to my knowledge) the first working supercharger emulation.

Here the original document where I presented the information gathered by me:

(I “xxxxx” some adresses)